“In high school I didn’t think I was very good at art,” Formichella said. “So I thought I should study art history and become a curator so I could still work around art.”

Instead of attending an arts-focused college, Formichella went on a liberal arts path but soon realized the pull towards art was too great.

“I had always done art and realized I was just as good or better than people who were just taking the art class to fulfill a requirement,” he said. “I was taking it seriously and it just made me happier than art history, so I thought I should give it a shot.”

Formichella is now heading into his second year at PAFA as a drawing major. He’s focusing on foundational skills and has spent a lot of time in Cast Hall working on figure and cast drawing.

Since transferring to PAFA, Formichella has also gotten into printmaking. He hopes to one day make a career out of the print skills he’s learning today.

“I would like to work in a print shop, commercial screen-printing,” Formichella said. “I would like to figure out how to incorporate drawing however I can. Designing my own stuff is the dream one day.”

Even though he’s now making art full-time, Formichella has the opportunity to curate and learn more about the career he once pursued.

The gallery, named for Anne Bryan, a first-year PAFA student at the time of her unexpected passing in June 2013, is dedicated to showcasing the work of PAFA students, faculty and staff. Students have professional opportunities to curate exhibit and learn all aspects of mounting and promoting exhibitions in the gallery.

A Good Habit Formed, focuses on the history of drawing at PAFA from the school’s founding to today.

“PAFA is often labeled a fine arts painting school and drawing kind of gets looked over,” he said. “I think a lot of people come to PAFA for painting and then get into sculpture or printmaking because it’s not really offered high schools but drawing doesn’t get its due.”

Featured in the exhibition are old textbooks, sketchbooks from PAFA’s archives and current student work.

Seeing PAFA’s drawing legacy is influencing Formichella in his own art practice.

“The sketchbooks have been my favorite thing to go through,” he said. “William Glackens has these really amazing sketchbooks from traveling. It’s been really inspiring to go and do my own stuff after seeing these things.” 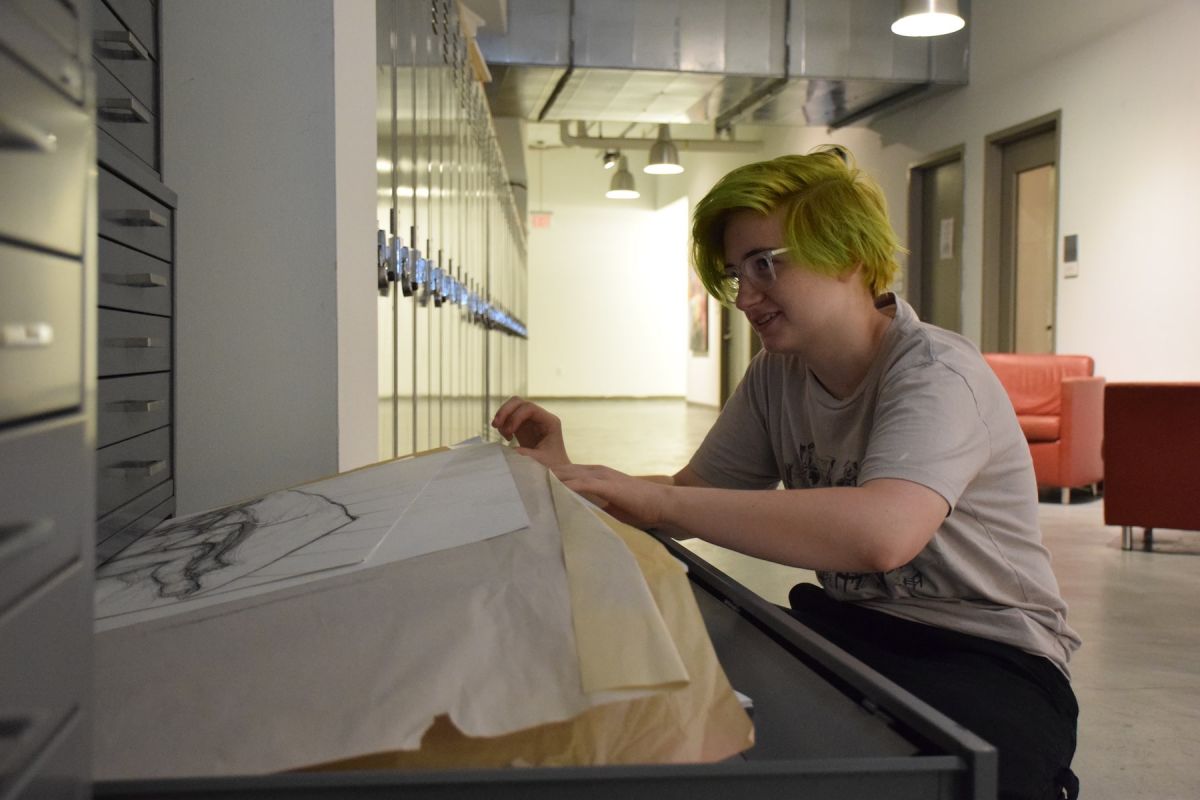