Coming to PAFA for Thoughtful Critiques

Waves of criticism are hitting artist Kevin Hetzel (MFA ’20) as he showcases work in his studio at PAFA.

The weekly critiques from PAFA faculty, visiting artists, and fellow students in the Low-Residency MFA program are welcome as Hetzel continues to develop his art practice.

“Everyone is so nice and encouraging and helpful. They’re critical but also uplifting,” he said. “If they say something is wrong they tell you how to fix it, or give you tools or artists to look at, instead of saying this isn’t working and leave you at the wayside.”

The pace and tone of critiques are different from his previous experiences. The University of the Arts graduate initially studied illustration and says the pace of making work was slower and he had more time between critiques than he does now.

“Where I came from before was very intense. If it didn’t look right the critic would draw on it, draw all over it, or rip it,” he said. “So it’s a very different intensity here.”

Hetzel said he was looking for flexibility when researching Low-Res programs. As an art teacher at Germantown Academy in Fort Washington, Pennsylvania, Hetzel couldn’t take two years off for a traditional MFA program.

PAFA’s Low-Res MFA program consists of both on-site and off-site learning. The core of the program is three summer terms completed on the PAFA campus. For these intensive, eight-week sessions, students have their own private studio and are engaged in independent work. Individual studio research is complemented by seminar courses; regular visits with faculty, group critiques, and an outstanding roster of visiting artists.

During the fall and spring terms, artists continue their work off-site with courses in art history, contemporary art, theory, writing and professional practices, and more critiques.

“I’ll be teaching in the fall and winter but the studio practice continues, it’s not like I’ll be taking that time off,” Hetzel said. “I’ll be continuing to make work because we have crits during that time and it’s better to show work than to say, ‘Hey, I haven’t done anything for the last two months’.”

In his first two months in the Low-Res program, his work has already been influenced by the critiques he’s received. He expected to focus on figurative portraits but has pivoted to a more personal exploration of identity.

“After having a lot of talks with Renée P. Foulks, David Dempewolf, Alexis Granwell, and the visiting artists, they kind of shifted everything,” he said.

Heztel recently completed a painting of his father with his eyes covered, and is playing with the idea of not exactly knowing what your future is going to look like, but having some idea of what it could be.

“My dad has had two heart attacks and heart disease runs rampant in my family for generations, so inevitably that will be my life,” he said. “So it’s kind of like seeing the future in a way, and that’s what my work has become about.”

As he leans into this new focus of attention, Hetzel is looking forward to what the next two years of the program will bring him.

“I feel as though I only learned so much in my undergrad and I don’t feel I gained everything I could. I probably will need to learn more,” he said. “But I’m learning so much here already. It’s about learning, getting the right tools to go out there.” 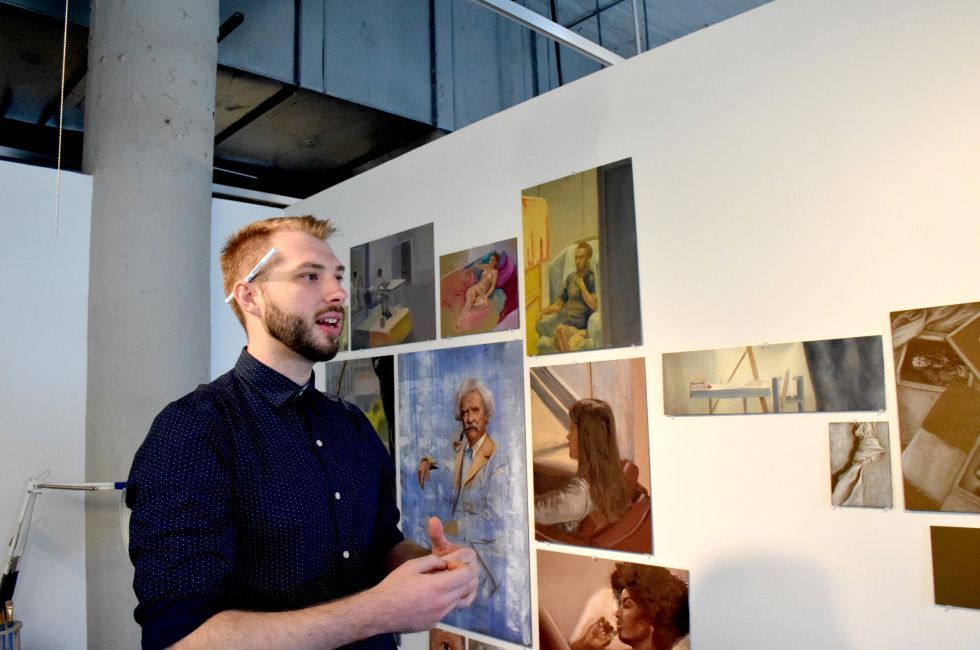 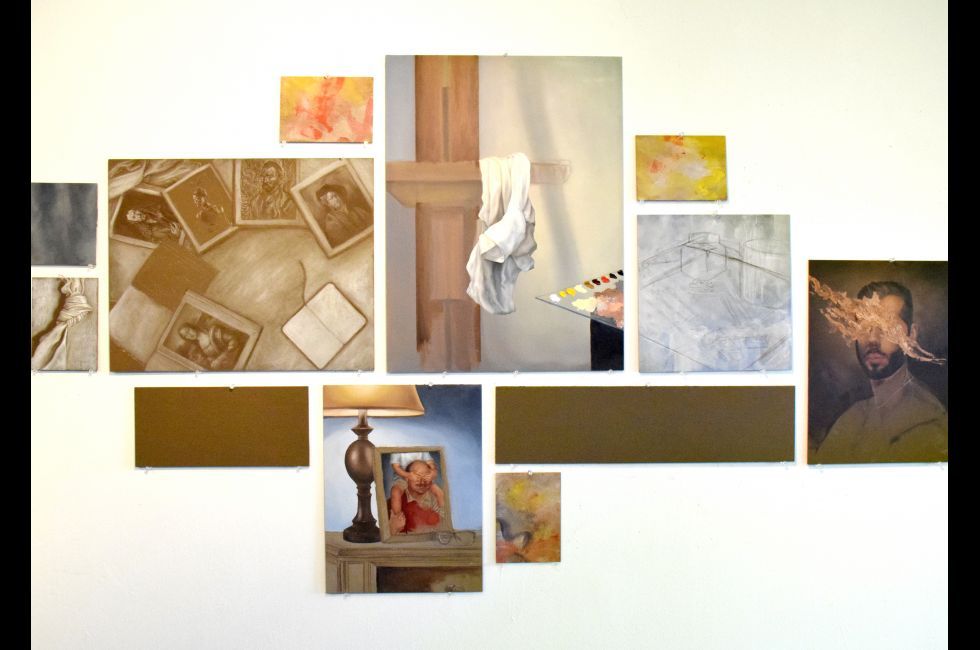