Nasir Young had a busy start to the summer. He opened his first full collection at PAFA’s Annual Student Exhibition, sold all 13 pieces, and graduated as the Undergraduate Commencement speaker.

Nasir’s collection for ASE featured numerous Philadelphia cityscapes, many in oil. “I’m still stumped why,” he jokes about the medium, usually preferring watercolors and printmaking in his major as an illustrator. This is one of many shifts in process he has experienced in a pandemic semester. As for the subject: “I’m a sucker for bricks and mortar. When you look at a building, you look at it as a backdrop for whatever’s happening—it amplifies it. But I’ve almost been looking at them in reverse; people and things are amplifying that space.” Nasir has been a skateboarder for over 16 years and his father is a handyman, both of which he credits for his attraction to buildings as subjects. “That’s made me look at things such as architecture differently than just walking by it. I think of details and what attracts my eye and look at structures and know how they were built.” He formed a habit of taking photos—thousands, he estimates—some of which he’ll play with or come back to over time.

His personal highlight of the exhibition is entitled “Snow Day.” It’s a remarkable work for Nasir in that it came together in about a week and a half. “My natural tendency is working on twelve different things at once, putting things away and coming back to them over months.” Something clicked with “Snow Day,” which was also the last to join the collection. “That’s my baby,” he says. “I’m especially proud of that painting.” Though these days, that place of honor could shift quickly for Nasir: “Every new thing is my new favorite.”

Nasir’s enthusiasm for his work in general, and PAFA in particular, is immediately apparent. In fact he attended so many open houses that he was offered a position helping the Admissions teams before he even started classes. As a student ambassador he has led campus tours, contacted prospective students, and been a resource to new classmates. What’s his selling point time and again? “The gem of PAFA is always the students. There’s nothing higher than that. I’ve seen a clear-cut difference in the attitude and the drive, as well as the talent by the end of it.”

So what’s next for the new graduate? To keep creating. He has already started a handful of new works and expects to pursue some freelance illustration. In another ongoing project, Nasir filled the first two pages of a sketchbook and has been mailing it out to friends and acquaintances. The content he gets back ranges from pencil drawings to collages to a special entry from another Pennsylvania illustrator Nasir met through Instagram. The illustrator designs for a skateboard company and Nasir is proud to have the original drawing in his sketchbook and the finished skateboard art in his studio.

“I’ll miss the immediate community and being surrounded by everyone,” says Nasir. He hopes to show in PAFA’s alumni gallery someday and looks forward to exploring the network formed by fellow graduates. “As a student, already I’ve run into so many connections. Once you know it, it’s like ‘Wait, all these ties to PAFA have constantly been around, everywhere.’ ” 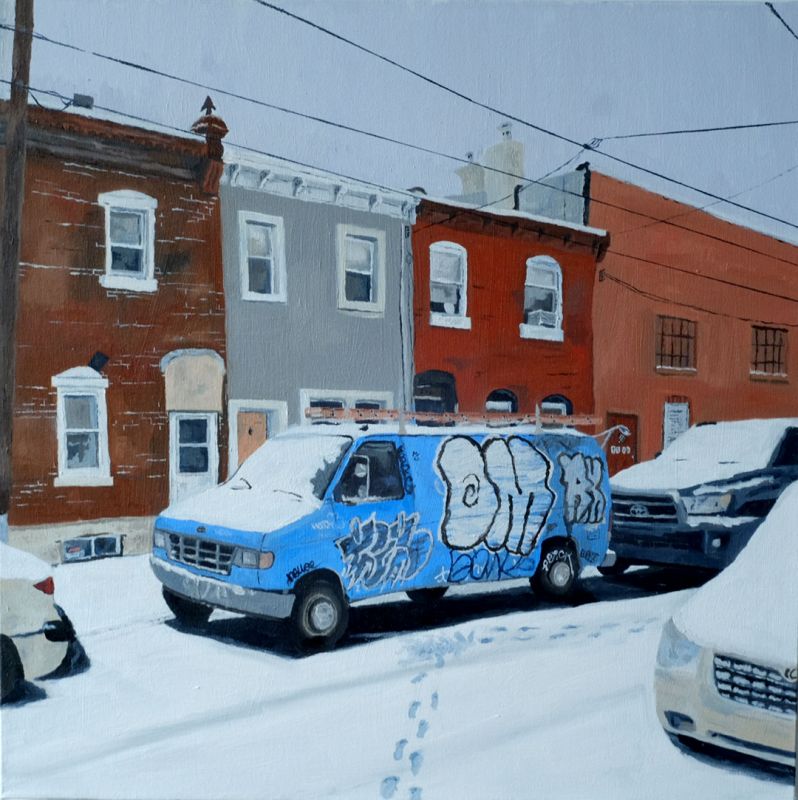 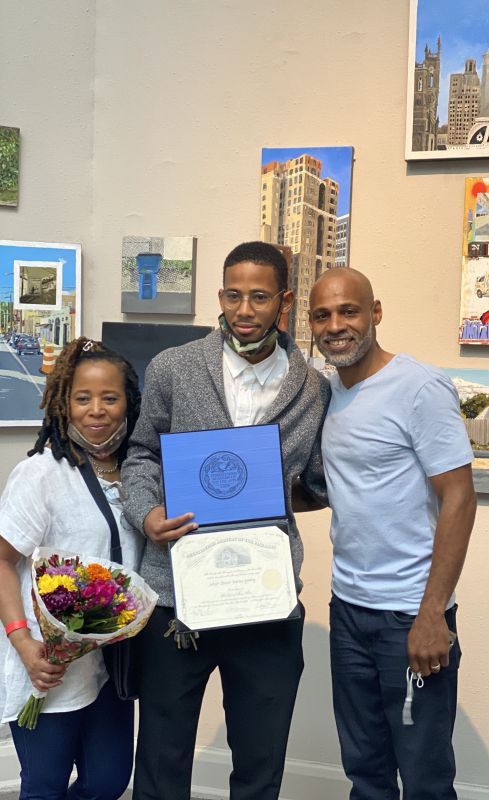 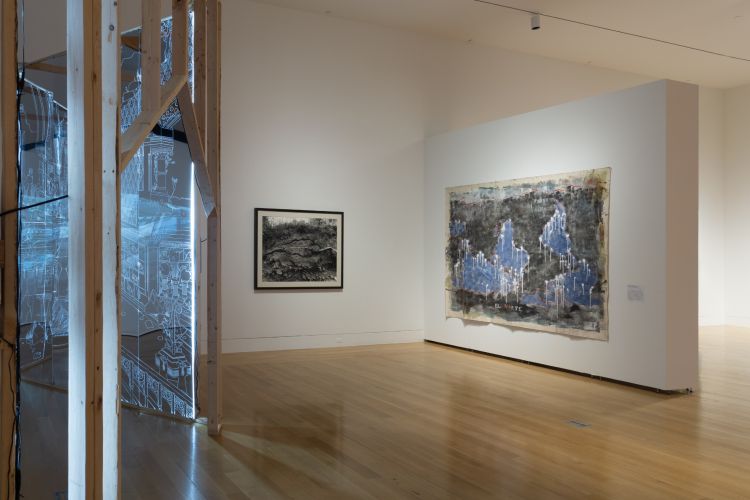 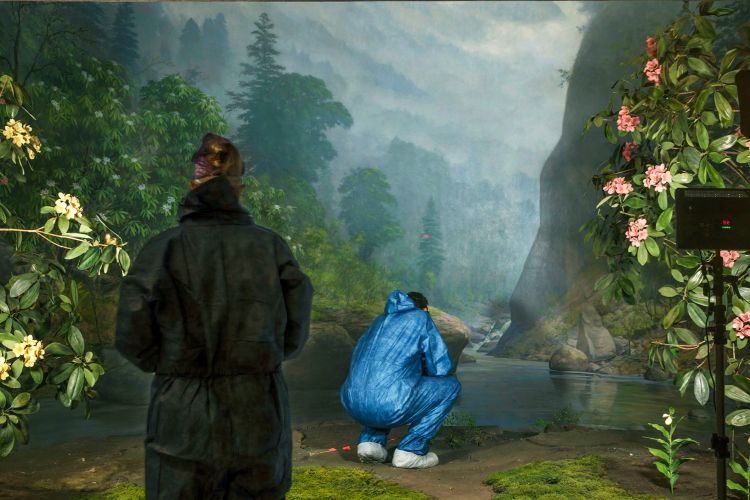