Incoming President and CEO of PAFA

Eric Pryor has been appointed president of the historic museum and college, beginning January 18, 2022.

One of Philadelphia’s cornerstone cultural institutions, PAFA is poised to move forward into its next significant institutional chapter. A strategic, creative, and collaborative leader, Pryor is skilled at guiding institutions through transitions and will partner with PAFA’s constituents to reimagine the organization and ensure its long-term sustainability. 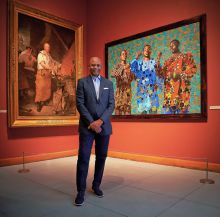 “I am profoundly honored to be taking on the leadership of this historic and celebrated institution. I am eager to get to know the organization, and everyone within it—board, staff, faculty, students, alumni—and start writing its next magnificent chapter together.

I’m also delighted to be returning to Philadelphia and its varied communities. It is a city of great art and artistry, with PAFA as its crown jewel.” 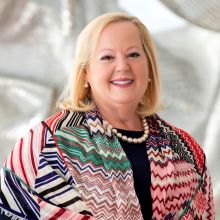 “We unanimously chose Eric Pryor as the next President of PAFA because he has all the qualities we hoped for in our next leader: he is strategic, collaborative, and innovative, with the sensibility of an artist. He will bring a new dynamic to our 216-year old institution that will help us respond to our changing society.

I’d like to thank everyone involved in our extensive and inclusive search process. We brought together students, faculty, staff and alumni, resulting in the best possible outcome as we move forward together as an institution.”

—Anne E. McCollum, Chair of the Board of Trustees 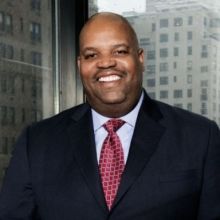 “Eric Pryor resonates with PAFA’s shared core values as an institution—its traditions, commitment to diversity and inclusion as well as to education and stewardship, and its foundational bedrock of community.

He made a palpable connection with the PAFA community during his visits here. I am confident that he will be a passionate advocate for PAFA’s legacy and inspired by the work we have already begun to move toward our future.”

—Reginald M. Browne, Vice Chair of the Board of Trustees and National Trustee

He currently resides in West Orange, New Jersey with his wife and two daughters, and looks forward to relocating to Philadelphia.

PAFA Appoints Eric Pryor as its Next President

PAFA launched a search for its next President & CEO supported by the firm Isaacson, Miller, with a search committee bringing unique perspectives of students, faculty, trustees, staff, and alumni.

The search firm conducted listening sessions with various community members and, in May 2021, the community was invited to submit input and nominations to help inform the selection.

This position calls for a change agent; someone eager to reimagine an art and educational institution, who is invested in long-term organizational sustainability, and is attuned to the broader cultural conversations taking place at PAFA and across the country.

Welcome and Connect with Eric Pryor

Community members are invited to send welcome notes and hopes for PAFA's future!